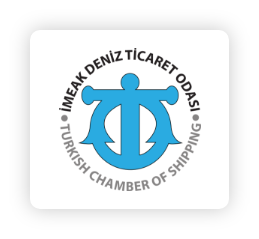 Istanbul and Marmara, Aegean, Mediterranean and Black Sea Regions Chamber of Shipping, briefly called the Turkish Chamber of Shipping (TCS), is an important professional organization of the Turkish maritime sector, with its headquarters in Istanbul and main branch offices in Izmir, Bodrum, Marmaris, Antalya, İskenderun, Fethiye, Karadeniz Ereğlisi (West Black Sea Region) Kocaeli and Aliağa. It has a Liaison Bureau in Ankara and also representations at all the coastal towns and cities in Turkey. Turkish Chamber of Shipping was first established as Istanbul Chamber of Shipping in 1982 by a group of Turkish shipowners led by Mr. Ziya Kalkavan, the reputed Turkish shipowner and afterwards its area of activities has been extended gradually so as to cover the region of the Sea of Marmara, the Aegean Sea coast and the Mediterranean coast of Turkey, then finally the Black Sea coast of the country.